Our founder and President is a true measurement pioneer, his unwavering vision makes us global leaders in our field.

Our founder and President is a true measurement pioneer, his unwavering vision makes us global leaders in our field.

Peter Stevenson showed an early interest in design and architecture before graduating from the School of Industrial Design at Brigham Young in 1973.

Following graduate work in the field of real estate sales and marketing at UCLA, Peter secured a position at Environetics Design, then the largest architectural practice in the world. In the decade that followed, he moved up through the company, working on increasingly more complex projects, from embassies to global headquarters. Throughout this period, it became evermore apparent that an architect’s interpretation of square footage would often differ significantly from that of a developer or contractor. Looking back on meetings from those days, Peter recalls that finding a common understanding was “like nailing Jello to a wall.”

Determined to put an end to this confusion, and introduce consistent methodology and accountability, Peter started Stevenson Systems in a basement in Manhattan Beach, California, in 1986. His belief was that square footage should be easily understood by all stakeholders, from architect to property manager. If this could be achieved, then the industry would be transformed. Quick to identify the opportunities afforded by the burgeoning computing revolution, Peter developed CAREM (Computer Assisted Real Estate Management), the first system of its kind. 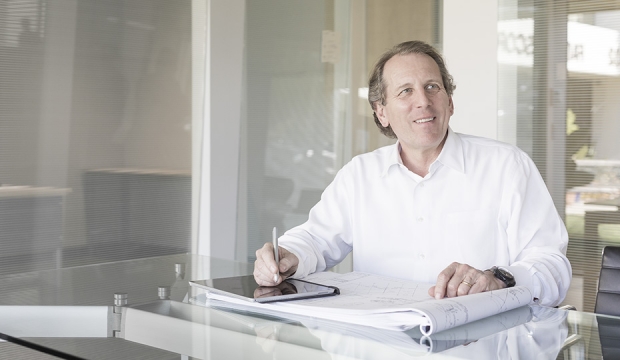 The hard work pays off

Today, Peter and his company have succeeded in bringing clarity to building measurement through the authoring and advancement of nationally and internationally recognised standards, and the development of SSI’s innovative Space Accounting system. He has distinguished himself as a creative force in the industry, is one of only two official interpreters of the BOMA Standard, and is regularly consulted by major real estate law firms. But the greatest sense of achievement comes from the very real benefits his company delivers daily to clients.

Determined to pass on the knowledge he’s gained, Peter continues to travel the globe, sharing his experiences with peers and educating the next generation.

Discover more of the Stevenson's story